Blepharitis is a chronic inflammation of the eyelids which causes irritation, itching, and occasionally red-eye. The eyelids are composed of skin on the outside and mucous membranes on the inside. A cartilage-like plate, muscles, and glands are sandwiched in between. Blepharitis can begin in early childhood producing ”granulated eyelids”, and may continue throughout life as a chronic condition or it may develop in later life.

It may appear in one of two ways:

Seborrheic blepharitis is characterized by redness of the lids, scales, and flaking around the eyelashes. It is often associated with dandruff of the scalp.

Ulcerative blepharitis is usually a more severe condition caused by bacteria and is characterized by matted hard crusts around the eyelashes which upon removal leave small ulcers that may bleed or ooze. The white part of the eye may turn red. In severe cases, the cornea (the clear front window of the eye) may become inflamed.

There may be a loss of eyelashes and distortion of the margins of the eyelids, which can cause chronic tearing. 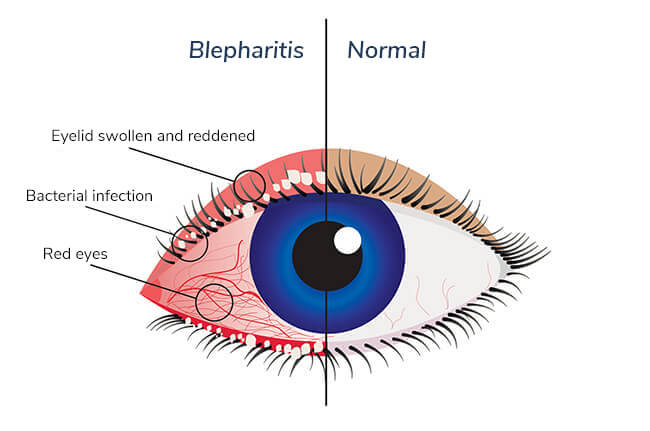 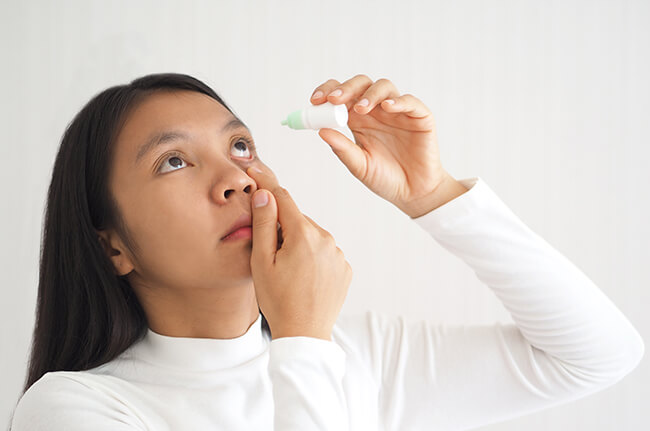 How is Blepharitis Treated?

In view of the long-term nature of the condition, strict lid hygiene is necessary. The following regimen may be useful:

Treatment of oily scalp with anti-dandruff shampoos may also be helpful.

In more severe cases, various antibiotics and even cortisone preparations may be necessary to alleviate the condition. Once the acute phase is controlled, lid hygiene, as described above, and the use of bland ointments may be sufficient to maintain control of blepharitis.

While cortisone preparations often hasten the relief of symptoms, long-term use can cause side effects. Some susceptible individuals may develop glaucoma or virus infections from prolonged steroid use.

Why are Regular Medical Eye Examinations Important for Everyone? 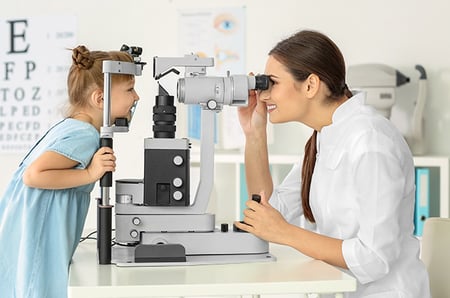